How Could Proposed Changes to California's Bail System Impact You? 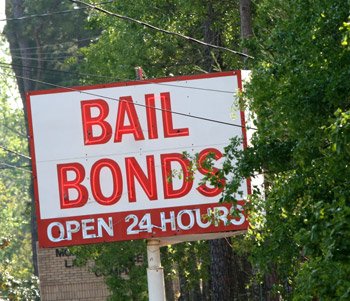 Even if your primary exposure to the California criminal bail system lies in syndicated episodes of "Dog The Bounty Hunter," proposed reforms to the way bail is imposed in misdemeanor and felony cases could affect you or a loved one. While these reforms are designed to ease prison overcrowding, they've drawn criticism from industry experts who are concerned that a decrease in cash bail amounts can lead to a greater number of dangerous criminals on the streets awaiting trial.

Read on to learn more about some of the changes Senate Bill (SB) 10 poses to California's bail system, as well as what you can expect if this reform takes place and you subsequently find yourself or a loved one facing misdemeanor or felony charges.

Under current California law, you have the right to a speedy arraignment and the imposition of a cash bail unless you're deemed a threat to public safety. This means that, regardless of whether you're arrested for a minor misdemeanor or a more serious felony, you'll almost always be able to secure your release from jail pending trial if you or a loved one is able to provide collateral to a bail bond agent.

In order to bond a defendant out of jail before trial, you'll need to provide collateral to cover the amount of bail plus an additional cash fee (usually 10 percent of the total bail amount for state cases and 15 percent of bail when facing federal charges).

For example, if you're charged with a felony under California law and bail is set at $50,000, you or the loved one bailing you out of jail will likely need to provide $5,000 in cash along with another $50,000 in collateral (like the title to your home, bank account statements, or vehicle titles) to a bail bond agent in order for you to gain release.

In order for the bail bond agent to recover his or her bond put up on your behalf, you'll need to attend all scheduled court appearances, including pretrial hearings. Failure to do so could allow the judge to issue a bench warrant for your arrest and the bail bond agent to revoke your bail, leaving you with few options when it comes to a second release from jail.

Senate Bill 10 proposes some sweeping overhauls to the way bail is structured in California, cutting out the bail bond agent in many cases by allowing judges to use evidence-based risk assessment measures to determine an individual defendant's likelihood of re-offending prior to trial.

This can be good news for those arrested for low-level misdemeanors; instead of being assessed a dollar amount of bail, you may be able to be released on your own recognizance, without needing to provide any funds to the court or to a bail bond agent. Instead, you'll be subject to a number of conditions of release; these can run the gamut from attendance at AA meetings to a suspended driver's license.

SB 10 can also mean problems for the bail bond industry, and a reduction in the number of bail bond agents operating in California, which may make it harder and more expensive to secure your own release from jail pending trial.

How Will These Changes Impact The Bail Process?

If SB 10 passes through the California legislature and is signed into law, you can expect a few things from a future encounter with the bail industry.

First, you'll find it's often easier to gain release inexpensively if you're able to convince the court you're a low flight risk. When the trial judge is confident you'll return to all subsequent court proceedings, he or she is less likely to assess a high bail that may be prohibitive for those without a trust fund.

Those who are arrested for felonies or who are deemed a high flight risk may be facing larger bail amounts than were assessed for similar crimes prior to the revision; in some cases, violating the restrictions placed upon release can land you in far more hot water than the underlying offense.

Regardless of whether your need for a bail bond agent's services arises before or after the enactment of SB 10, you'll want to select an agency with a good and trustworthy reputation to ensure your rights are protected. Contact Faust’s Bail Bonds to get started.

for immediate bail - call us now