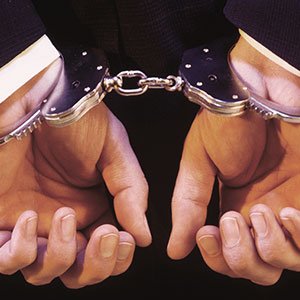 The most common type of warrant issued in the State of California is a bench warrant. Not to be confused with an arrest warrant, a bench warrant is issued by a judge from the bench. Whether you or a loved one is dealing with a bench warrant, there are some essentials you need to understand.

Bench warrants are often issued in cases where someone fails to show up for a trial, but judges can also issue these warrants if someone refuses to pay a fine or doesn't obey another type of court order. In most cases, bench orders are issued when you are in contempt of court.

In many cases, bench warrants come alongside other types of punishments. In particular, you may face fines or a prison sentence. In some cases, your driver's license may be suspended.

If a bench warrant has been issued because you forgot to go to your trial, you may be able to get the warrant eliminated. To do that, you need to go to the courts within 180 days of the bench warrant being issued. At that point, the courts may accept excuses related to severe illnesses, disability or being detained by a jail in another jurisdiction. The courts may also accept other excuses.
For instance, if you didn't receive the notice about the trial date because it was mailed to an old address, if you thought that your charges had been dismissed or if you already completed your probation and weren't aware of this particular trial, then the courts may be willing to accept those excuses. However, judges can be skeptical. Convincing them that your excuse is valid may be easier if you work with an attorney.

4. Losing Bail Due to a Bench Warrant

In cases where a bench warrant is issued because you didn't show up for your trial, you may end up losing bail that you have posted. Imagine that you were arrested, bail was set at $10,000, and you paid it and left jail. However, when you didn't show up for your trial, the courts kept your bail and issued a bench warrant.
If you worked with a bail bond company to post the bail, the bail bond company loses that amount. In order to get back the funds, the company is allowed to pursue you, arrest you and deliver you to the courts.

However, there is also a protocol that must be followed before the courts can keep your bail. In particular, the courts must enter the bench warrant in the National Crime Information Center database. If that's not done correctly, the courts cannot keep your bail amount - regardless of whether you or a bail bond company paid it.

7. Working With a Bail Bond Company to Pay a Bench Warrant

When you can't afford a bench warrant on your own, you can work with a bail bond company. Basically, you pay a fee, and the bail bond company covers the rest of the amount. In some cases, if your credit is good enough, you may even be able to get a bail bond on payments and owe nothing upfront.
Whether you need help paying a bench warrant or any other type of bail, we may be able to help. To learn more, contact Fausto's Bail Bonds directly.

for immediate bail - call us now